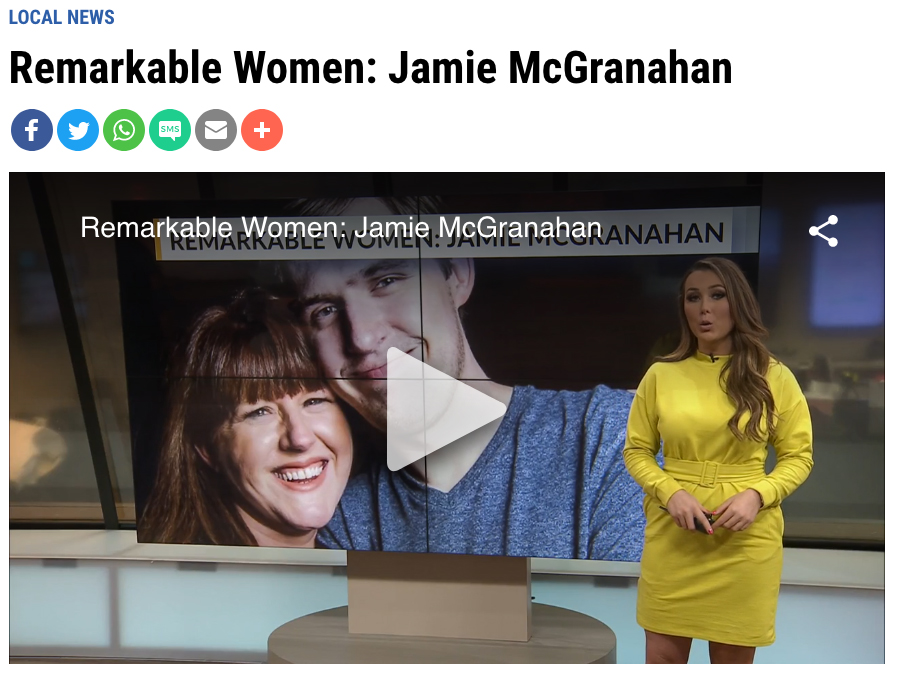 SPRINGFIELD, Mo. – Jamie McGranahan’s search for proper education for her son Connor, who’s deaf and autistic, landed her
family in Rogersville. Since then, her passion has also landed her in the top four finalists of our Remarkable Women search.

Over the years, McGranahan has become devoted to making sure people with disabilities in the Ozarks don’t have to relocate in
order to excel. She is the inclusion specialist for the Art Inspired Academy through Abilities First. When KOLR 10 caught up with
McGranahan, she was teaching a weekly theater class for adults with disabilities.

“I don’t feel remarkable at all,” McGranahan said about her nomination.

But her self-proclaimed fan club figured she might say that.

“We’re her groupies,” some of the students’ moms’ told KOLR 10 simultaneously. “We think that Jamie’s a miracle worker.”

They waited around after class started to say what Jamie was too humble to say about herself — that she brings out the best in
her students and helps their personalities shine. On this particular day, McGranahan was teaching her students emotions.
But each exercise comes with a deeper lesson about life.

“We’ve tackled topics like bullying and diversity,” McGranahan said. “With this adult group, a couple of years ago, we had some
students whose parents were sick. As adults with disabilities, that’s not something someone always talks to them about. We
talked about death and we talked about stress and the stress that comes along as our parent’s age. So we created a show called
‘Stress and the Sock-Eating Monster.’”

When the music dies down, and theater class is over, her show goes on.

“Families come back and say, ‘My son is in his twenties and he’s never been able to walk upstairs. But now he can because of
theater class…because of dance class,’” she said. “Students in a music class said they’d never had a friend before. It’s pretty
cool when they go out for their first friend’s time at McDonald’s and just play.”

Students take a real-world lesson with them, as well as McGranahan’s motto: we’re all different, but we’re all kind of the same.

“I don’t feel remarkable at all,” she said. “I just feel like I was the person who was created to do what I’m doing.” Tune in to KOLR 10
Daybreak Friday, March 6 for a special Remarkable Women show, which will include an announcement about the overall winner of
Remarkable Women in the Ozarks. That woman will travel to New York for the Mel Robbins’ Show!